Well before Centro and Popol Vuh even opened, a natural partnership with Indeed emerged thanks not only to close proximity, but also a shared sense of building the neighborhood. Before the team could use their space, Indeed opened its taproom for meetings and trainings, getting to sample some of the menu during that time.

Pink Rabbit Pils, pilsner steeped with hibiscus and lime, was brewed specially for our Quincy Corner neighbors to playfully complement both the killer cuisine and fluorescent vibe. As the only pilsner on tap at Centro, it’s an easy beer to go with the fast casual Mexican food. “It’s light, so it pairs with pretty much anything,” says Owner Jami Olson. This summer crusher is bright pink from the hibiscus and finished off like a proper street taco—with a squeeze of lime for a citric twist.

The can design plays on the goddess of agave, Mayahuel, and her 400 rabbit babies (who were, as legend has it, the life of the party), which is a theme throughout Centro. “It fits the Centro brand. I like [the can] because now you can see the branding. When it’s just on draft, nobody sees the label,” says Olson.

Not having much prior knowledge about Northeast, Olson got a call to tour the space that would become the Popol Vuh side and immediately fell in love. “I was thinking about doing a separate concept. I walked in and was working with [Chef José Alarcon] at the time, and his menu came to mind right away and I wanted to work with him on this project. It’s the perfect home for his food.”

While Popol Vuh is not reopening due to the pandemic, it won’t be left vacant, according to Olson. “We have something in the works, we’re not going to let such a beautiful space sit empty.”

Pink Rabbit Pils 16 oz. 4-packs can be found in liquor stores around the Twin Cities Metro and on tap in the Indeed taproom (where Centro tacos can be delivered to your table) or to-go. 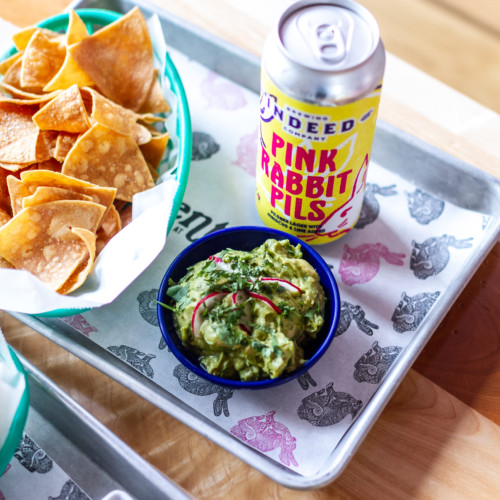 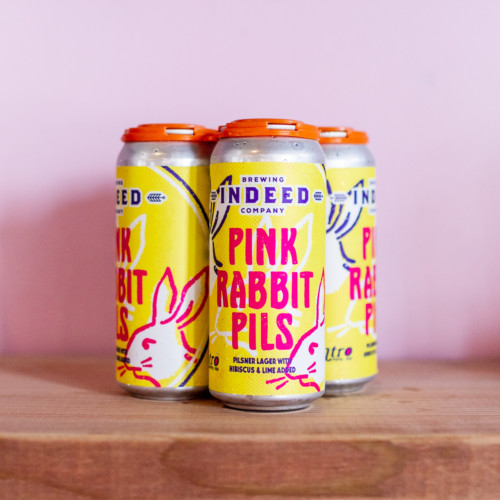