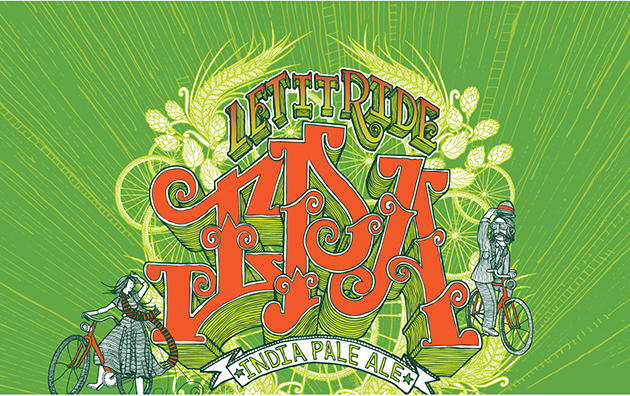 Brewed with Mosaic, El Dorado and Calypso hops, Let it Ride is all about newer aroma hops. "There's a bunch of aroma in these new varieties of hops that we weren't getting from hops, even a few years ago," said Indeed Head Brewer Josh Bischoff. "Expect big fruity aromas containing, but not limited to, dank citrus, pineapple, blueberry and tropical fruits."

Let it Ride will be available from late February–April throughout the Twin Cities metro and beyond. In addition to the draft release on February 25, Let it Ride is the sixth beer by Indeed to make its way to 12 oz. cans. Six-packs of Let it Ride will hit select liquor store shelves February 25 and will be more widely available starting March 4.

"We are really excited about the release of Let it Ride," said Indeed co-founder Rachel Anderson. "This is a beer that so many people were excited about last year, so we are really happy to be able to make it a permanent part of our seasonal rotation."

Description: Riding a bicycle is all about freedom and discovery. You never know what you’ll experience or where your two wheels might take you. We like to think the same could be said about our Let it Ride IPA. Brewed with Mosaic, Calypso, and El Dorado hops, American and English Crystal Malts and German Dark Munich Malt, this is an IPA with adventurous tendencies. Enjoy the aromas of pear, tropical fruit, and blueberry, and ponder where your next ride might take you.