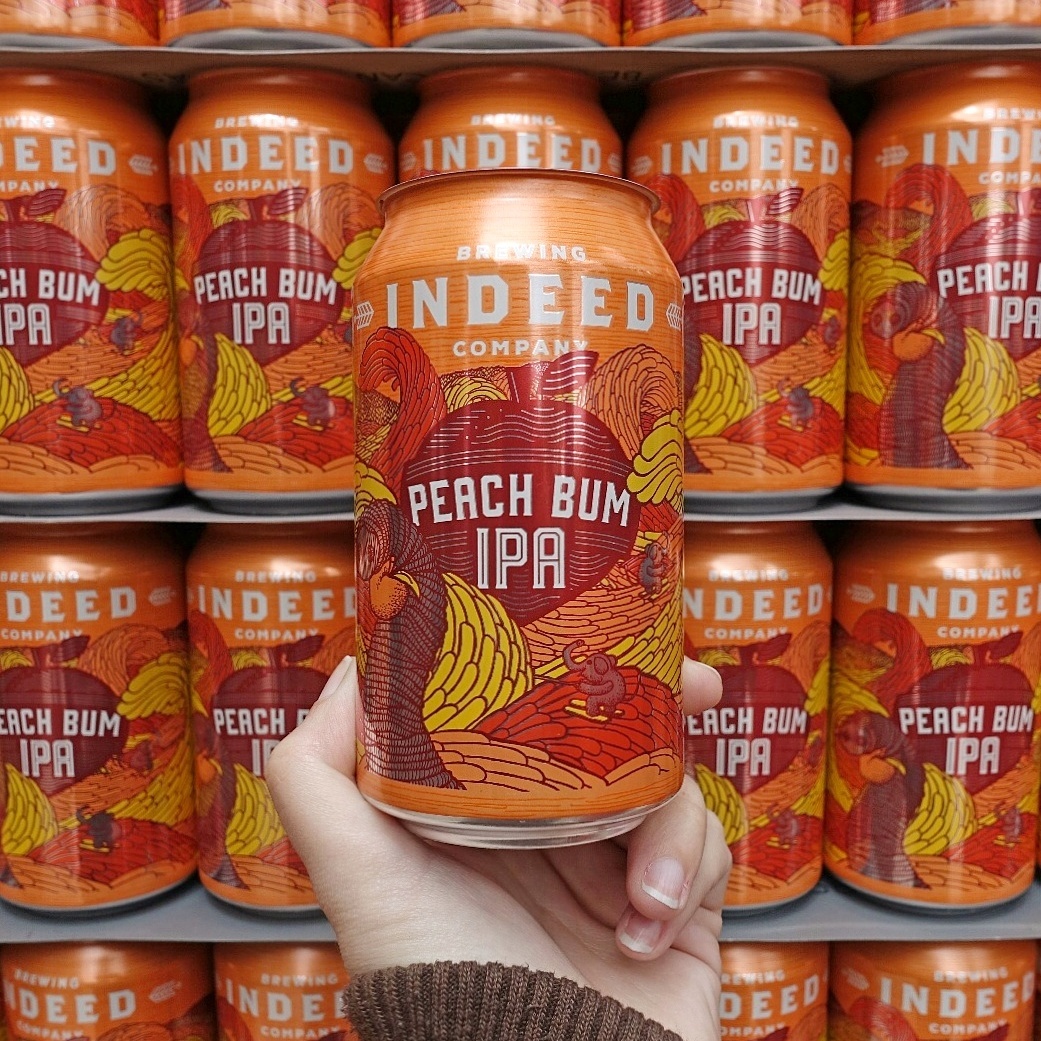 Peach Bum IPA is ripe for release next week!

Made for the hazy days of summer, Peach Bum IPA is almost ripe for the picking. With juicy notes of peach cobbler, tart citrus and tropical-tasting hops, Peach Bum joins our adventurous line-up of IPA offerings on draft and in 12 oz. cans with designs by local artist Chuck U. Sun drenched and juicy, it's sure to become your new summer jam.

The idea for Peach Bum IPA was planted last year, when our Head Brewer Josh Bischoff created an IPA for Indeed’s Derailed Series, a series of experimental beers. He was looking to create a new, fruity, lighter colored IPA to enjoy in the warm summer months. Josh selected a different yeast than the ones we usually brew our hoppy beers with, instead choosing a strain known to produce super fruity flavors. For the all-important hop bill, he selected American hops that are also known to bring strong fruit character to beer - Mosaic, Citra, Azacca and Centennial. Fruity, juicy, and inviting, Derailed: IPA became a fast favorite in the taproom, both among customers and our staff.

After some consideration, and a few beers, our brewing team decided it would be fun to take Derailed: IPA one step further—the addition of peach built on the fruit flavors already present in the brew, creating a juicy, refreshing, and easy-drinking beer. Capped off with a playful name to fit its cheerful spirit, Peach Bum IPA was born.

Peach Bum IPA hits store shelves and tap towers next week, just in time for the warmest months of the season. We're kicking off the release with a Peach Bum IPA Beach Party at Hi-Lo Diner—complete with surf rock, games, giveaways and more. Beach attire encouraged! Life's a peach, so let's party and celebrate summer with our new IPA.