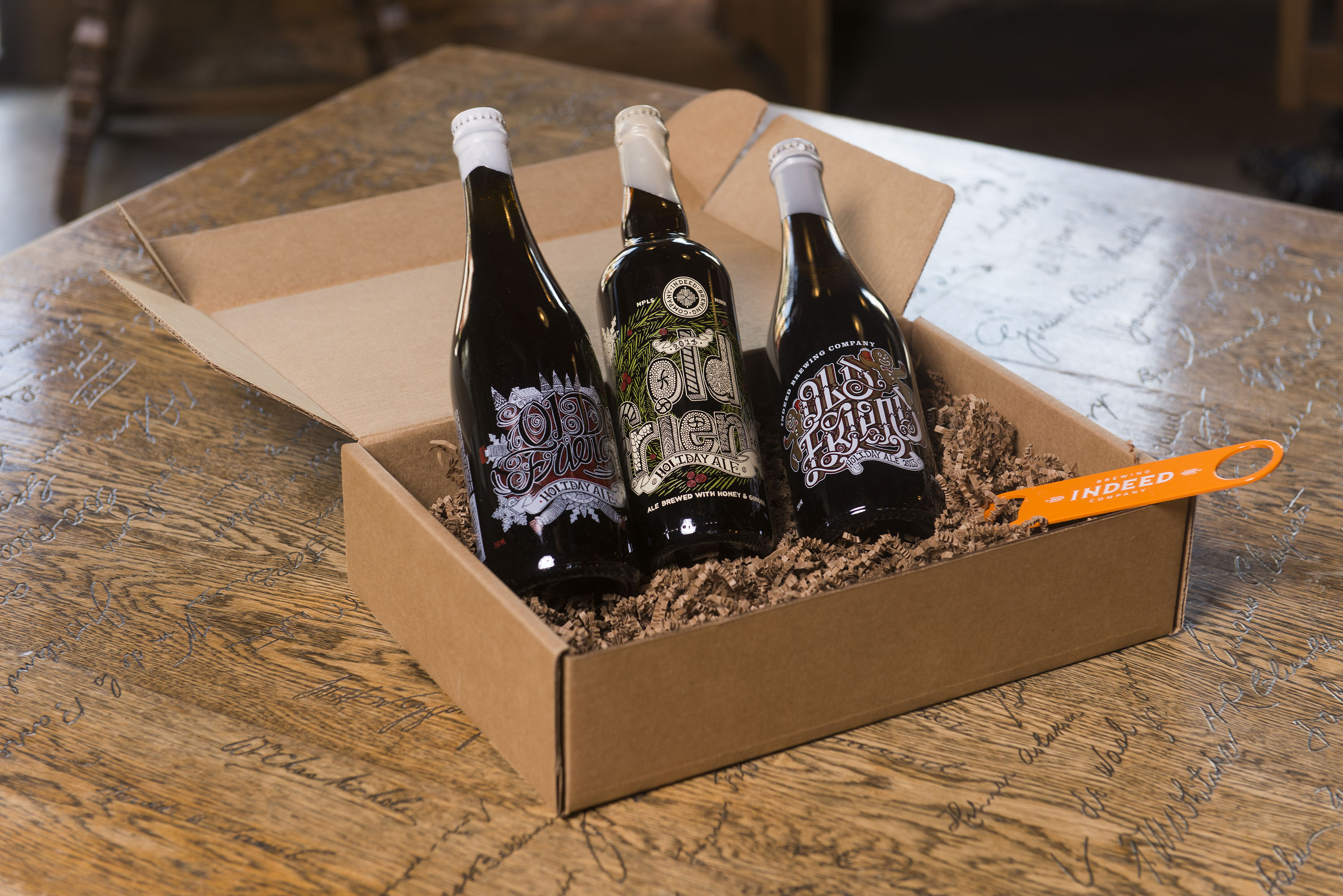 Better with age? Our QC Manager breaks down cellaring beer

Cellaring it. Aging it. Saving it for a rainy day. If you can resist the temptation to crack open your brand new bottle of Rum King or Old Friend, intriguing things can happen over time. But knowing which beers to age, and for how long, and why, can be confusing, and no one wants to spoil a perfectly good bottle of beer in the long run. We asked our Quality Control Manager Daniel Howell to break it down, so you can sally forth into your cellaring foray with confidence!

How long should I age my beer?

At Indeed, we package beer that our brewers deem ready to consume. Your beer does not need to be aged at all. However, many beer drinkers find that the character of beer changes and sometimes changes for the better as a beer is aged. These interesting and enjoyable changes typically occur in higher alcohol beers.

How will my beer change over time?

Typically beer enthusiasts describe aged beer to be more mellow and more complex. This may be due to a number of factors, but this is likely due to oxidation of the malt components that may further meld with and possibly mask the alcohol in the beer. As beer sits undisturbed, small particulates also settle out (which will change the flavor of a beer).  If honey was used in the beer, the flavor profile of the honey tends to come to the forefront and develop nicely with some age on it. For example, the aging of LSD goes through a number of interesting changes.  In its youngest stage the lavender has historically dominated the profile.  With time the lavender, while still present, becomes more of a "team player" than "spot light" stealer.  The play between the caramel flavors of the dates and toasty-ness of the malt comes out more.  Also as I have found with all honey beers, with time the honey character really starts to come out and shine through.  With time there is a cinnamon character that develops and I'm not exactly sure which component or combination is responsible.

Where should I store aging beer?

How long is too long to age my beer?

Beer should be aged long enough, but not longer. This is a very hard question to answer. The beer changes as it ages in an manner that is not completely predictable. If you have an aged beer that is good, it could get better but it could also get worse. This is the gamble that has to be made when aging beer.

Why does beer change in flavor over time?

The primary change in beer flavor in time comes from oxidation. When beer is packaged, a small amount of oxygen is trapped in the package. This, along with the small amount of oxygen that can “creep” in over time, leads to slow oxidation of the malt. This oxidation typically creates sweet, caramel-like characters and can even give beer a sherry-like flavor and aroma. Time and, again, oxygen can also change the character of the hops. The aroma and flavor of hops tend to disappear and the bitterness can become more aggressive.

How can I tell if my beer is too old?

The changes in the flavor associated with oxidation will become stronger and more pronounced as the beer ages. When these flavors are no longer enjoyable, the beer is too old. An easy way to tell if a beer is too old is to check the date code on the package. At Indeed, we include batch numbers and “Best By” dates on our cans and 12 packs. Not all breweries date code their packaged beer, but at Indeed we think it’s vital that the customer has all the information they need to make an informed purchase. Buying fresh beer shouldn’t be a game of roulette.

Are Indeed beers made to be aged?

We expect all of our higher-alcohol specialty beers to age well (LSD, Rum King, Old Friend, and Mexican Honey). If you buy one of our specialty beers in a 750 ml bottle and it is wax finished, this beer should age well. We do not recommend aging our year-round or seasonal 12 oz. can offerings; these beers are meant to be consumed fresh. For all canned beer, check the bottom for the best by date.

Thanks, Daniel! And if all this talk of aged beer has whet your whistle, we've got just the ticket, just in time for the holidays: curated gift sets for giving or receiving, including a Rum King vertical ('14, '15), 2015 vintages of Hot Box and LSD, and a lovely three year vertical of Old Friend Holiday Ale. Gift sets are available while supplies last in our Gear Shop, open Wednesday-Sundays.