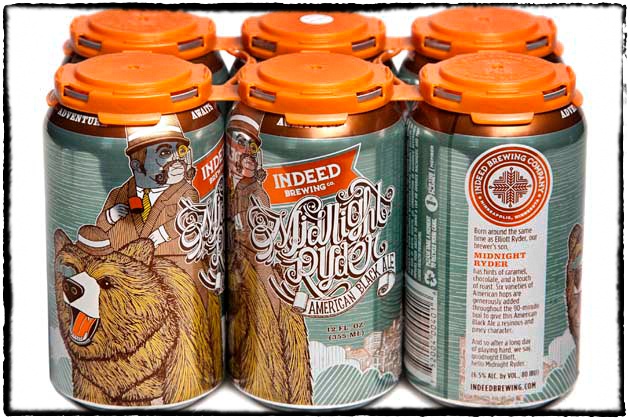 The brewery, which opened its taproom and began wholesale keg distribution in August, will increase production to include packaging 12-oz. aluminum cans. 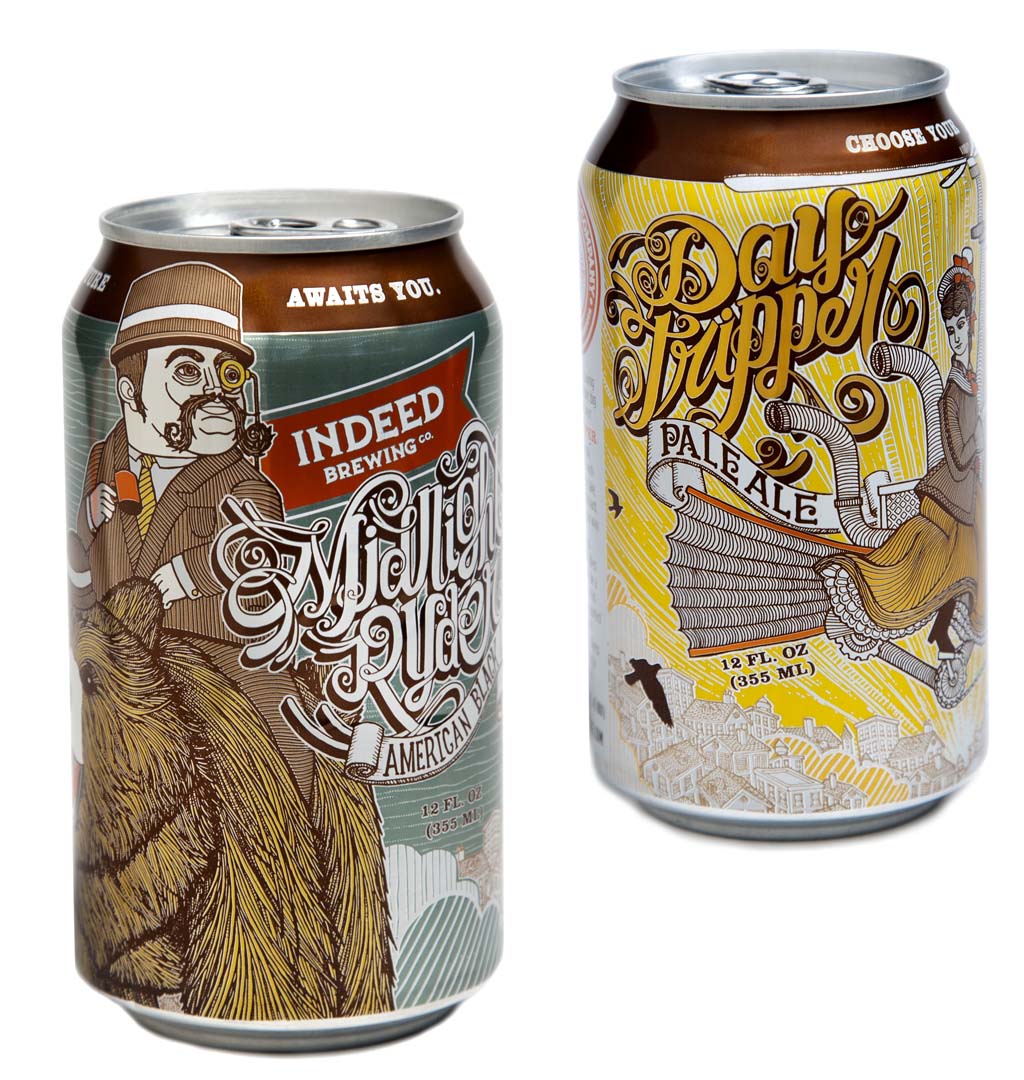 The company will offer six-packs of their two flagship beers, Midnight Ryder American Black Ale and Day Tripper Pale Ale. The cans, which feature illustrations by local artist Chuck U, will debut in select liquor stores beginning Thursday, October 11 with plans to increase distribution metro-wide as the company grows.

“We’re really anxious to be able to get our beer out there in cans. Canning was such a big part of our start-up plan from the beginning, and the opportunity to share our beer with more people is really exciting,” says co-owner Tom Whisenand.

Statewide, Indeed is the only local craft brewery to offer their beer in 12-oz. aluminum cans. “We wanted to package in 12-oz cans for many reasons, one of which is that they fit in really well with the types of things we like to do. It’s great to be able to throw some cans in a backpack and go for a hike or a bike ride, something that is really hard to do with bottles,” says co-owner Nathan Berndt.

The trend in canning craft beer continues to grow as more consumers become aware of the advantages of cans.

“Cans are just better containers for beer,” says Berndt. “They are completely light resistant, which make them the ideal package for our hand-crafted beer.”

For a complete list of locations that offer Indeed beer, visit: www.IndeedBrewing.com.

Indeed we CAN from Indeed Brewing Company on Vimeo.

Founded in 2011, Indeed Brewing Company Brewing was founded by friends Tom Whisenand, Nathan Berndt and Rachel Anderson. Their aim was to bring more quality craft beer to Minnesota and have fun doing it. It is this passion for beer and adventure that inspires Indeed Brewing Company to create their one-of-a-kind handcrafted brews. As an invested member of the community, Indeed donates at least one percent of its annual sales to local and national non-profit organizations as part of One Percent for the Planet, a movement that encourages corporate philanthropy for the preservation and restoration of the natural environment.