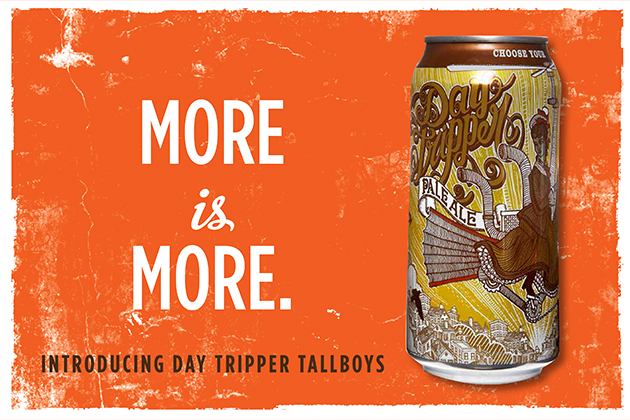 Whoever said less is more never had to give up a front row spot at a long-anticipated show to battle the masses at the bar. Now, with the release of Indeed Day Tripper tallboy cans, folks won’t have to miss a beat.

The first chance to grab a canned pint of Day Tripper will be at First Avenue’s Main Room, where the Black Lips will be playing on Wednesday September 17th, with special guest The King Kahn & BBQ Show. Both bands boast unique yet similar takes on garage rock, and are notorious in the punk scene for their often wild, always unforgettable live performances.

Indeed Brewing Company is thrilled to be partnering with such a storied venue as First Avenue and this particular lineup of innovative, energetic, and talented bands to release this new product. “There’s nothing like a cold tallboy of craft beer at a show,” says Indeed co-founder Nathan Berndt. “It’s an enhanced experience, one Indeed hopes to spread around the Twin Cities’ wealth of live entertainment venues with the addition of Day Tripper tallboys.”