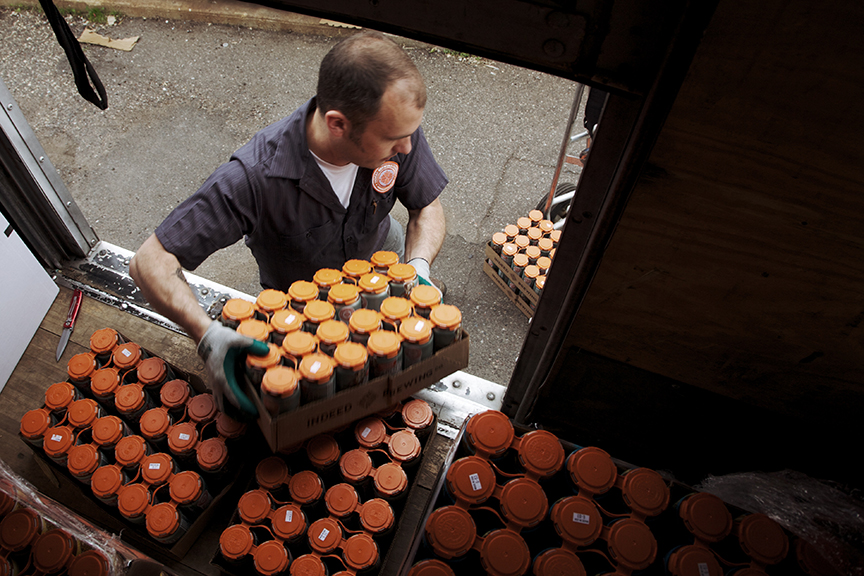 We kicked off this latest expansion at the Fargo Beer Fest on September 26nd, and begin selling beer on October 1st. Beginning November 2nd, Indeed will also begin distributing to Western Minnesota, including Detroit Lakes, Moorhead, and Alexandria. This new territory will be handled by the Artisan Beer Company, a Minnesota craft beer distributor owned by Johnson Brothers.

"We are thrilled to be representing Indeed Brewing," says Todd Johnson, COO of Johnson Brothers. "We've been admirers of these outstanding beers for a long time, and this is exciting news for beer lovers in North Dakota and Western Minnesota."

Indeed’s move to North Dakota feels like coming home for a few key players at the brewery. “Having grown up in Grand Forks, I can’t wait to belly up to the bar and order a pint of Indeed beer in my home state of North Dakota,” says Indeed Brewing Co-founder and President Nathan Berndt. “North Dakota is a state where we want to sell beer, not where we have to sell beer. I can’t wait to help Johnson Brothers bring Indeed beer to all four corners!”

Co-founder Tom Whisenand also has deep roots in North Dakota, where his grandfather owned and operated the Park Package liquor store in Williston for thirty years. “We were all surprised to learn that Bob Nelson at Johnson Brothers used to call on my grandfather at Park Package,” says Whisenand. “It turns out that we go way back with Johnson Brothers, and now we’re looking to the future with them, too.” 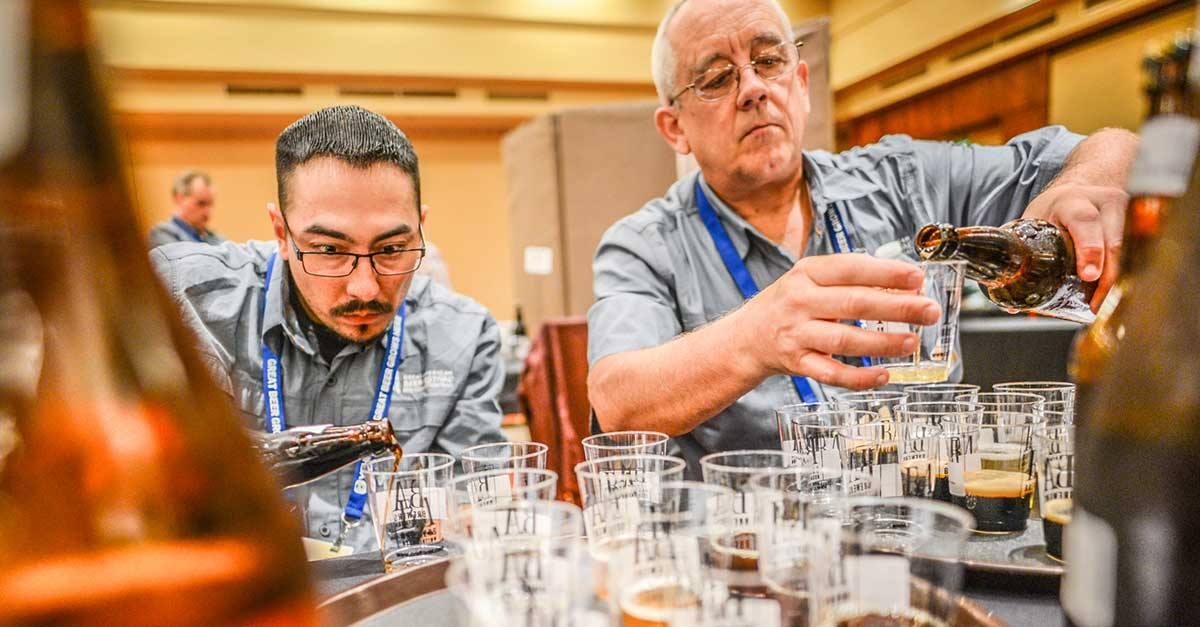 Indeed heads to Denver for GABF

Today marks the kick-off of the 2015 Great American Beer Festival (GABF) in Denver, Colorado, and we've got an Indeed crew headed out west to join in the festivities! Founded in 1982 and hosted annually, GABF brings together a staggering number of craft breweries from across the country to join in this long-standing, top-notch craft beer fest.

There's a hugely popular ticketed tasting open to the public, and, in the spirit of healthy competition, breweries submit their beers to GABF to be judged by a private panel of experts. Each brewery is allowed to enter up to five beers in a variety of categories. This year Indeed entered these beers for consideration:

Curious how we choose which beers to submit? Let's tap Head Brewer Josh Bischoff to give us some insight into the selection process. Josh tells us, "We generally start with a list of the brews we think would do well and then start tasting them to see where they are at in there aging process and looking into categories for them.  Hoppy categories are always really crowded with over a 100 entries most of the time, so we tend to shy away from those categories.  From there it's just a matter of talking through the list and picking what we think is peaking flavor-wise at the right time, and whether there is a category each beer fits nicely into."

You might be wondering, "What makes GABF such a big deal?" Josh explains, "It's a great celebration of American craft beer, and it's pretty cool to be able to get a large percentage of the breweries in the United States in one place for a weekend. The competition itself is really tough. The last few years there's been around 3,000 beers entered with only 92 categories and three medals per category." Thats only 276 medals for thousands of beers entered! This hardware is hard to come by, so winning a medal at GABF is something worth celebrating.

The awards ceremony takes place this Saturday, September 26th, so we'll be on pins and needles from afar waiting to hear the results and wishing good luck to all of our favorite breweries in the competition from Minnesota and beyond. Stay tuned for any big GABF-related news to come! 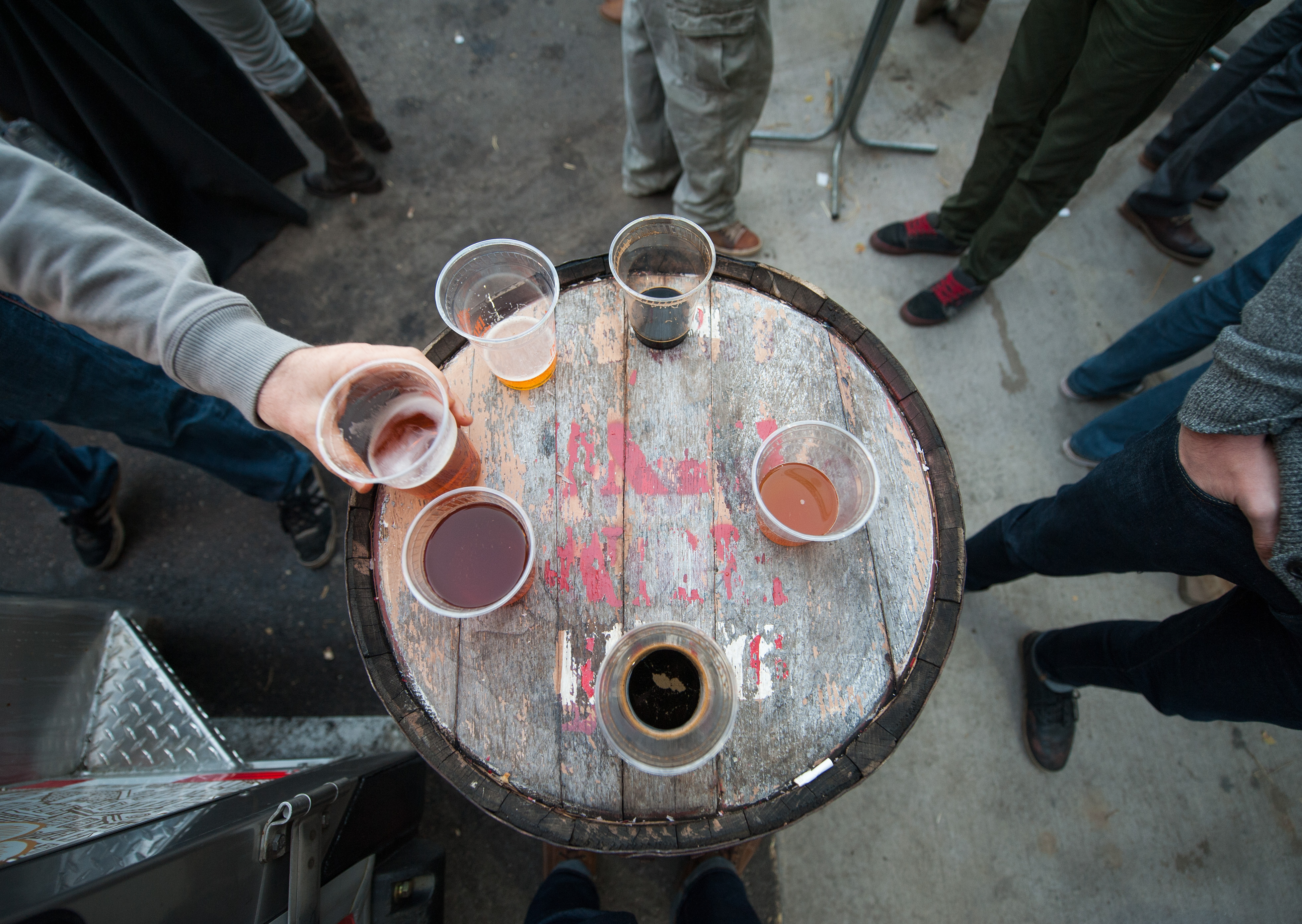 Lace up your foot-stomping boots and come thirsty, y’all: It’s the 4th Annual Hullabaloo! Two full days YAM-PACKED with the brews, bands, and molten cheese-filled burgers you love. On Saturday October 10th (12-10pm) and Sunday October 11th (12-8pm) we’ll be throwing down with our annual harvest hoe-down. Celebrate the turning of the season with the return of Yamma Jamma Harvest Ale, our Hullabaloo cask wagon, and the release of 2015 Rum King*! Fuel up with eats from Blue Door Pub, get down with music by First Avenue, and knock back your favorite Indeed beer with us. We’re getting everything ready, now we just need you. Let’s Hullabaloo!

The nitty gritty: Hullabaloo is tented and free to attend, and we do party on come RAIN OR SHINE. All ages are welcome, though things do get crowded, loud, and boisterous and we’d prefer the party (like our taproom) to be adults-only after 8pm. We love pooches, but for these two days, please leave them at home. Save on time and ATM fees and bring CASH for the outdoor bars, cask wagon, and can stations. Stay in the know when you RSVP to our event on Facebook here.

It's almost #DandyHour! We're celebrating the release of our third flagship beer Dandy Lager in cans with a tasting blitz the likes of which you've never seen.

Wherever you are in the Twin Cities on Friday July 10th, join us for #DandyHour! It's your chance to get one of the first sips of Dandy Lager straight from the fresh new can.

Get social! Meet us at the tasting blitz and tag your photos and tweets with the hashtag #DandyHour. It's #DandyHour somewhere! 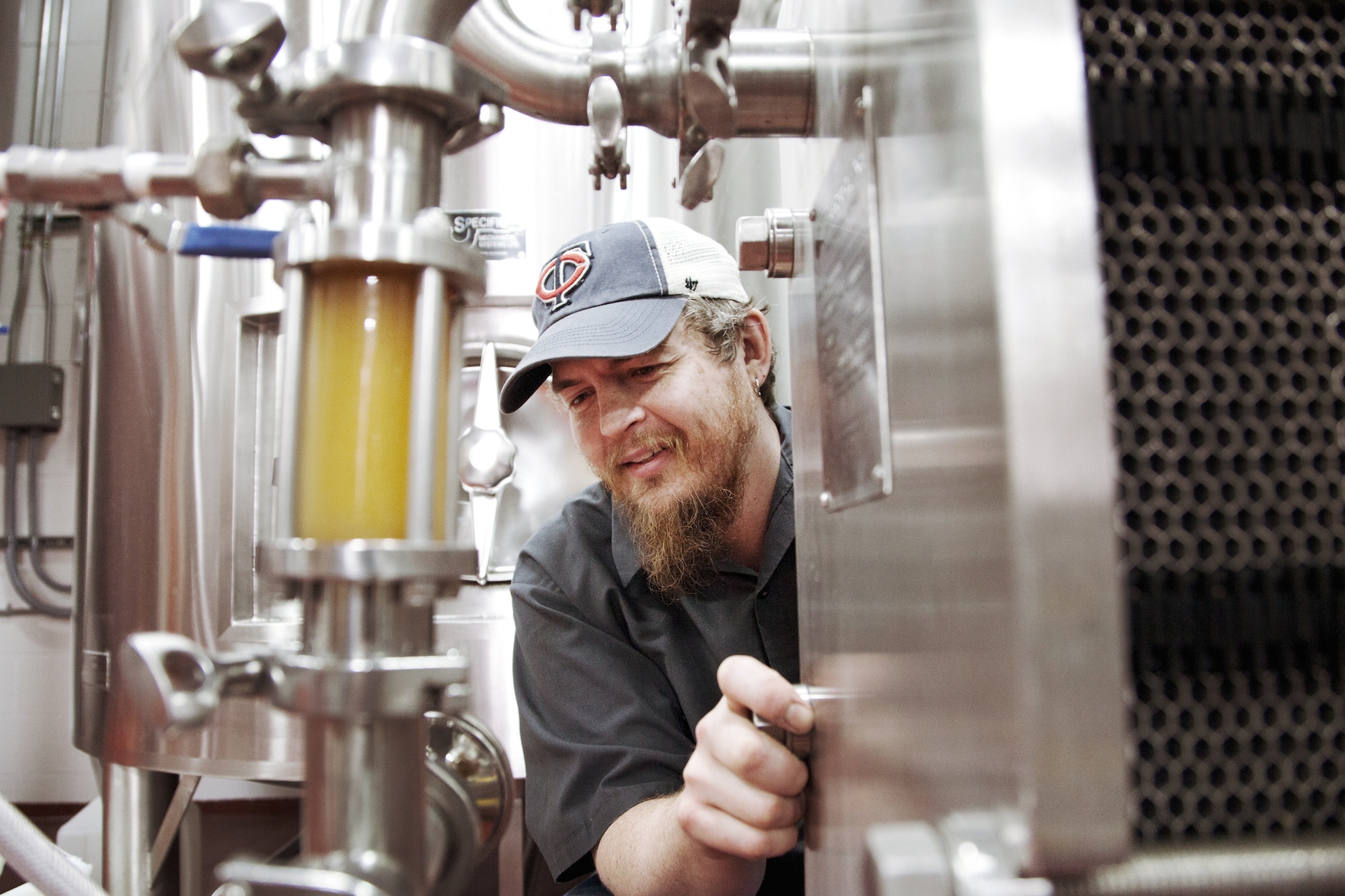 Shenanigans infusions are taking flight in the taproom!

Summer is time for Shenanigans! If you’ve been following along here on the blog, you know all about our newly released Derailed Series kettle-soured Mojito Shenanigans. But did you know that this version is just the latest iteration in a long line of fun, creative, and damn tasty Shenanigans infusions?

Head Brewer Josh Bischoff digs a little deeper for us into how the infusion process works: “We have kegs to which we added a 5" port on the side, so we can easily add ingredients and then fill the keg with whatever beer we are using. From there, the process depends on the ingredient we are using. For teas we brew a concentrated tea and then add that directly to the infusion keg. For fruits, we either use whole fruits, purees, or concentrates. Those get added to the infusion kegs as well, then aged with the beer for usually a week or so, then the beer gets transferred back to a non-infusion keg and served.”

Shenanigans Summer Ale is particularly receptive to flavor infusions and knows how to show them off. Josh explains, “Shenanigans is a good base because it's light another that we can add pretty much whatever we want and not have the infusion flavors fighting with overpowering flavors from the beer.  That said, Shenanigans also has a nice malt and citrusy flavor profile to contribute to the infusion, so it still has a presence.”

There are no hard and fast rules when it comes to our Shenanigans infusions and flavor combinations, but Josh says, “ Infusion ideas come from the brewers talking about what flavors we think would be interesting and would work in the beer we are going to infuse. A lot of our infusions come from things I enjoy when I’m not drinking beer, things like Mojitos, tea, and Arnie Palmers.”

You keep dreaming them up, we’ll happily keep drinking them down.