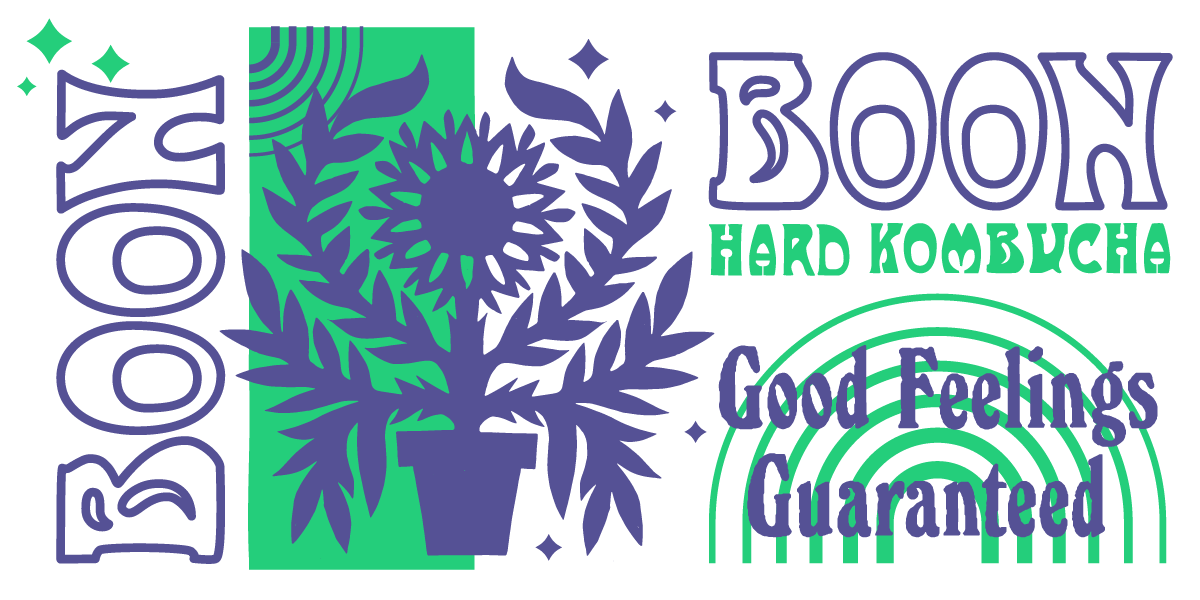 The latest liquid to grace the tap lines at Indeed Brewing Company is neither tea nor beer, precisely. Going by the name of Boon, our new hard kombucha starts in an oak barrel and ends in a bright tank. We talked to Founding Brewer Josh Bischoff, who spearheaded the brewing experimentation, about this peculiar elixir.

Kombucha is a special type of beverage that can be homebrewed through fermenting sweet tea with the use of a Symbiotic Culture of Bacteria and Yeast (more commonly known as a SCOBY or kombucha mother). When you make kombucha, you need the tea, sugar, and a SCOBY. The tea provides nutrients to the SCOBY, while the sugar provides the food for fermentation and conversion to the organic acids that give kombucha its characteristic tartness.

What kind of tea is best for kombucha?

The tea provides vital nutrients to maintain a healthy SCOBY. For Boon, we use a blend of Green Mao Jin and Yerba Mate teas. Oftentimes, black tea is used in kombucha, but we have found that makes for a more acidic final product and preferred the profile that using a blend provides.

Given the natural fermentation process of “regular” kombucha, there is naturally around 0.5% ABV, low enough to classify it as a non-alcoholic beverage. Hard kombucha has a much higher ABV (usually 4-8%) and is classified as an alcoholic beverage. In addition to the traditional kombucha process, Boon goes through a secondary fermentation process that produces the alcohol to make it a hard kombucha.

For Boon, we fed our SCOBY a blend of two separate liquids. The first is a concentrated sweet tea consistent with traditional kombucha fermentation, using the tea blend and sugar. The other part is hard water, think hard seltzer without the carbonation or flavorings. So in our case, Boon is alcoholic before it is introduced to the SCOBY.

How is making Boon similar to/different from brewing a beer?

Both beer and kombucha ferment sugar, but the types of sugars are different. Kombucha can only ferment simple sugars such as glucose and sucrose. Wort, the malt-sugar solution we ferment into beer, is made up of several complex and simple sugars — the most predominant of which is maltose which is too complex for kombucha to digest. Sure, there is yeast in kombucha, but when yeast is fed too much simple sugar it “forgets” how to break down more complex sugars. This process can take 2-3 weeks with the longer time resulting in more acidity. Kombucha fermentation does the same thing, fermenting sugar into alcohol and carbon dioxide; different from beer, it then uses oxygen to convert the alcohol into organic acids.

Fun fact: Boon is gluten free. While the liquid is gluten free, it is made in our facility, which runs a slight risk of gluten contamination

What flavors of Boon are there?

We currently have two flavors of Boon — Grapefruit Hibiscus and Blueberry Basil. For the Grapefruit Hibiscus, the kombucha, fresh out of the barrels, is aged for an additional week on dried hibiscus flowers, resulting in its pink hue. From there it is transferred into a bright tank with pink grapefruit concentrate and a touch of grapefruit essence. The Blueberry Basil is transferred to a bright tank with blueberry concentrate, blueberry essence, and a touch of basil essence.

Find Boon on tap now in both the Milwaukee and Minneapolis taprooms, available on tap or to go in crowlers. 16-ounce cans are coming to liquor stores this spring. 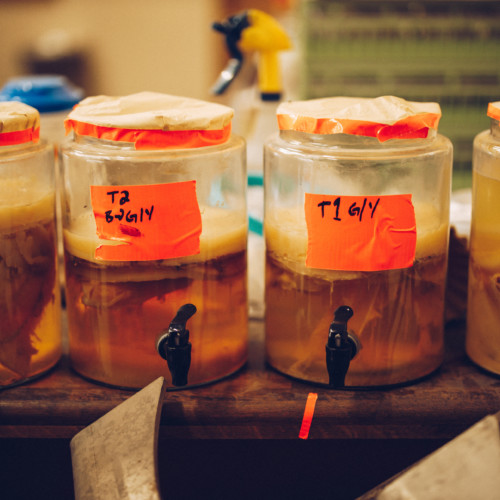 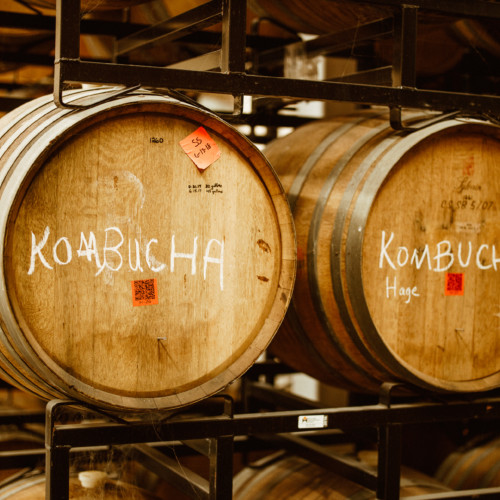 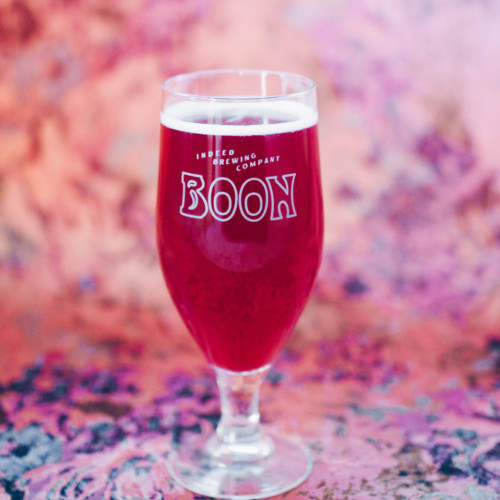