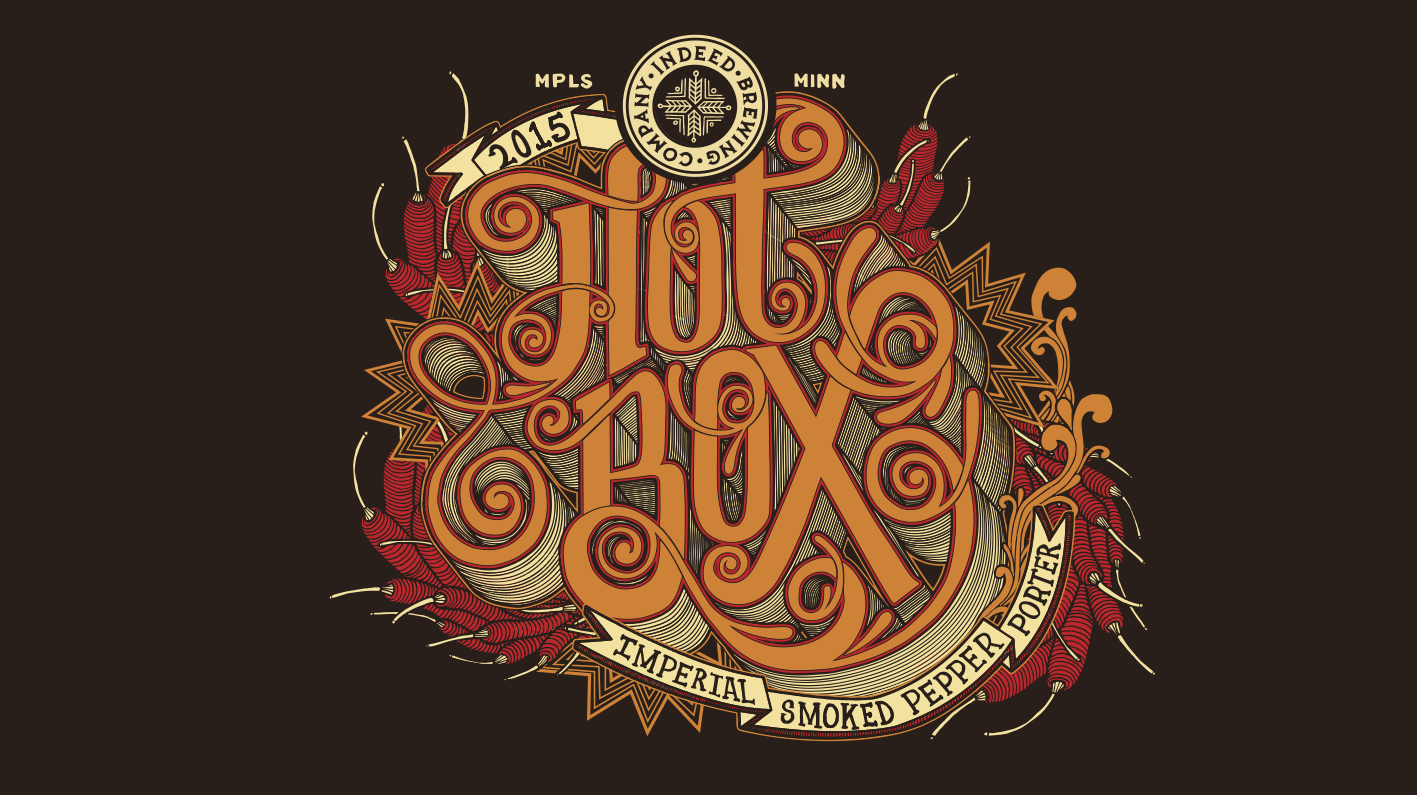 Spark up your New Year with our newest Hot Box release!

January in Minnesota is cold, dark and dreary, and that’s on a good day; spark things up in the new year with the 2015 release of Hot Box, packing flavorful fire for the coldest winter months! This Imperial Smoked Pepper Porter is the product of a three year and counting collaboration with Northbound Smokehouse & Brewpub in South Minneapolis.

Officially, we love all of our beers equally, but our specialties have an extra special place in our hearts. Crafting specialty beers give us a chance to push the envelope, to geek out over ingredients, to tweak, taste, and build our recipes from year to year. Created by a meeting of the minds of Indeed Brewing Head Brewer Josh Bischoff and Northbound Smokehouse Brewer Jamie Robinson, Hot Box Imperial Smoked Pepper Porter is a stand-out craft beer born from combined creative juices and we are proud to pour it again this year.

Hot Box begins in the Northbound smoker, where a special blend of peppers and malt is cold-smoked, a technique which imparts huge smoky flavor without using heat. As Indeed Brewing Co-Founder Tom Whisenand explains on a November 2014 episode of Beer Geeks, when it comes to smoky beers, “They are kind of all the same because they’re using the same commercially available smoked malt.” Our custom-smoked ingredients impart a deep, intense, campfire-quality smokiness you won’t find in just any pepper porter. Our peppers were selected to provide a balance of smokiness, heat, and flavor, spicy enough to tingle the tongue, but mild enough to complement, not compete with, the beer.

Play a little hooky from the doldrums of winter and get toasty with us at Northbound Smokehouse & Brewpub on Tuesday January 6 for the debut of Hot Box 2015! We’ll be raising a glass to the unconventional and toasting the creative spirit with our sweet and smoky collaboration. Following the release at Northbound, Hot Box will be available in the Indeed taproom on draft and in liquor stores in 750 mL bottles, then look for our Imperial Smoked Pepper Porter on tap at bars and restaurants beginning January 13.