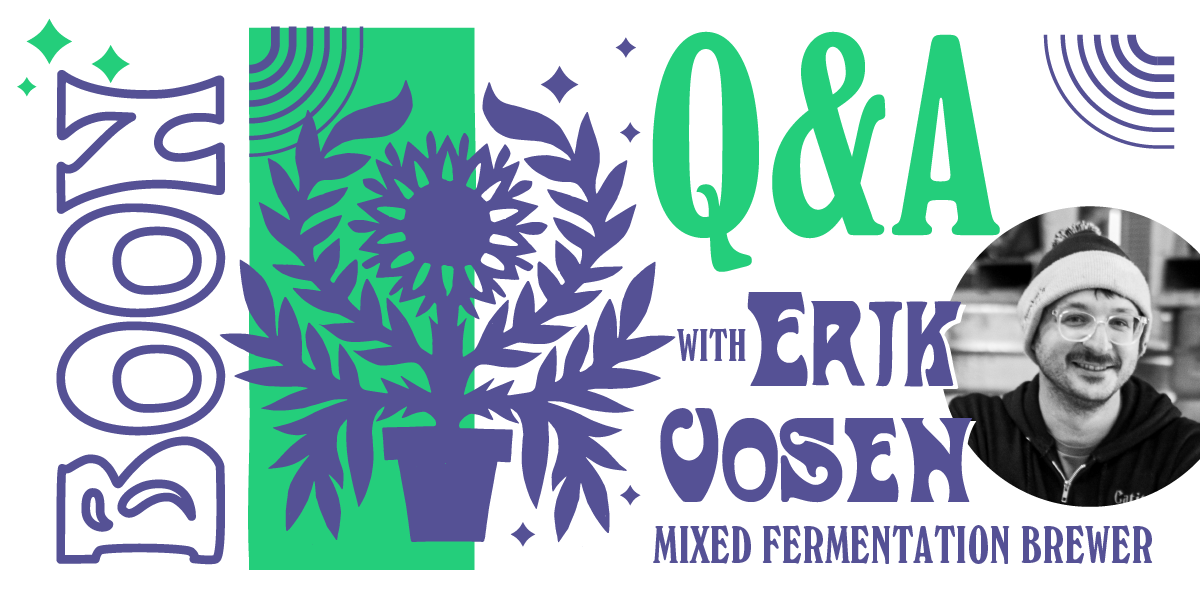 Brimming with a scientific creativity and passion for the age-old art of mixed fermentation, Erik Vosen is leveling up Indeed's Mixed Fermentation Program. From innovating Boon Hard Kombucha to experimenting with new flavors in our barrel-aged beers, take a look inside the world of mixed culture brewing.

What’s your background? How did your experience lead you to the Mixed Fermentation Brewer position at Indeed?

I have a background in biochemistry and I was bouncing around various lab jobs I hated. I got into homebrewing after my brother encouraged me. Homebrewing helped me focus my education background through something I desperately needed at the time: a creative outlet. Shortly into my homebrewing career, I recognized I wanted this to become my career. After years of bouncing around more lab jobs, working in various tap rooms and beer bars, and a brief stint living in Oregon, I found something else: a girl living in Minnesota (I’m a Wisconsin boy). We started long distance but as things got more serious I decided to move to the Twin Cities so we could be together. I was also determined to end up working in the beer industry in some capacity. I got a job working as an Assistant Brewer at Birch’s on the Lake, a brewpub in the west metro. While there I worked my way to head brewer and ran the show solo while designing and brewing dozens of beers over the course of three years.

While working at Birch’s, I treated my kitchen, garage, and basement as a pilot facility/mad scientist’s lab of sorts. I would homebrew test batches of ideas that I could scale up at work while also playing with weird yeast and bacteria. We had a small wild program at Birch’s that unfortunately petered out with the pandemic. I’d brew stuff at home that I know we didn’t have in the works that I really like like Brett Saisons/Bière de Garde, traditional Berliner Weiss with our lacto culture and Brett, wild yeast capture tests, etc. I also have been making kombucha at home for years and have tried my hand at few other mixed ferm food and drinks (tepache, ginger beer, sauerkraut, kim chi, hot sauce, etc.).

What is mixed fermentation?

For me, mixed fermentation is both the final frontier and the origin of brewing. Humans have been eating and drinking fermented stuff since before the Agrarian Revolution. Commercial beer, as we tend to think of it, is super clean which is great (shout out to Pils, Loretta’s, and Day Tripper). This type of clean and consistent brewing was only really possible once we figured out what the hell yeast was and that happened in the 1850s. Fermentation historically has been used as a way for preservation and by being in this role I get to mess around with cultures most places wouldn’t let through the door and see how they develop and change over time.

What do you do as Mixed Fermentation Brewer?

Make sweet tea, hard water and the Boon base; blend Boon batches together; run some quality control tests on Boon; check on and maintain barrels of mixed culture beer; age and ferment mixed culture beer on fruit, hops, etc.; set up and coordinate packaging of products; and pitch new ideas.

What’s your brewing process like for Boon Hard Kombucha?

I blend hard water (a sugar water that’s already been fermented) with sweet tea in a tank with a SCOBY. I’ll check the gravity and acidity over the course of a few weeks. I’m trying to catch it while it’s fermented to dryness but before it becomes too acidic. In the summer, it was more like two weeks for a tank to be ready. As it’s gotten colder it's been more like three weeks to turn around.

What are your future Boon plans?

Currently I’m working on some bench trials for some different flavor combos. I have three or four in mind and we’ll come together and pick one to further develop. Long term I’d like to have a low or no ABV option.

It’s definitely the highest ABV. A lot of kombucha, hard or not, can come across really acidic, particularly acetic (vinegar), and that’s been something I’ve tried really hard to reign in. The last few batches have come out with a really bright, balanced acidity that help the blueberry and basil pop. For as strong as it is, it also hides its ABV well.

What other projects do you have going on?

There’s a lot of mixed culture beer coming out next year that I currently have in the works or conditioning in kegs and bottles (and cans!). They range from traditional to pretty wonky and I’m really excited for them to come out.

Find Boon Hard Kombucha in the refrigerated section of liquor stores and on tap. Barrel-aged beers are on tap in the Milwaukee and Minneapolis taprooms. 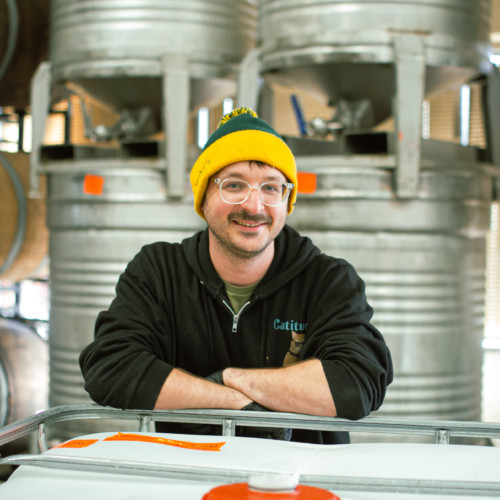 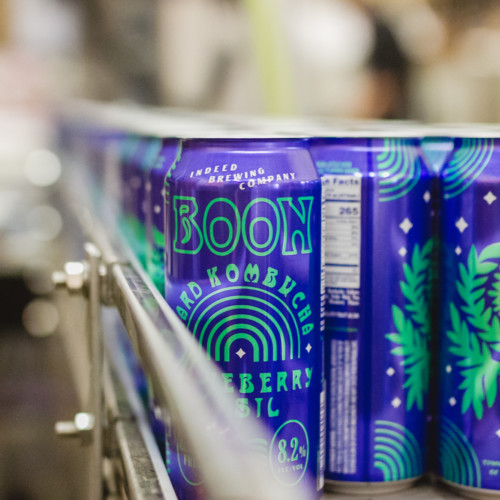 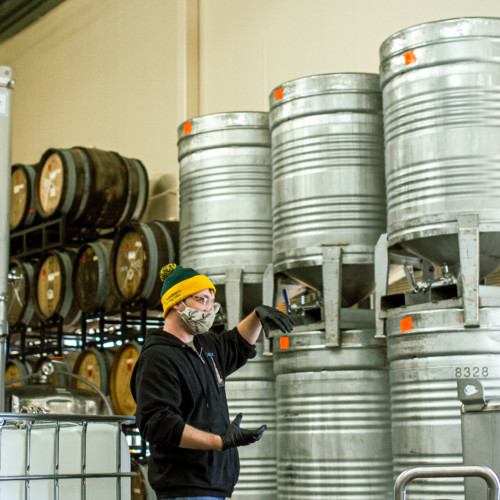